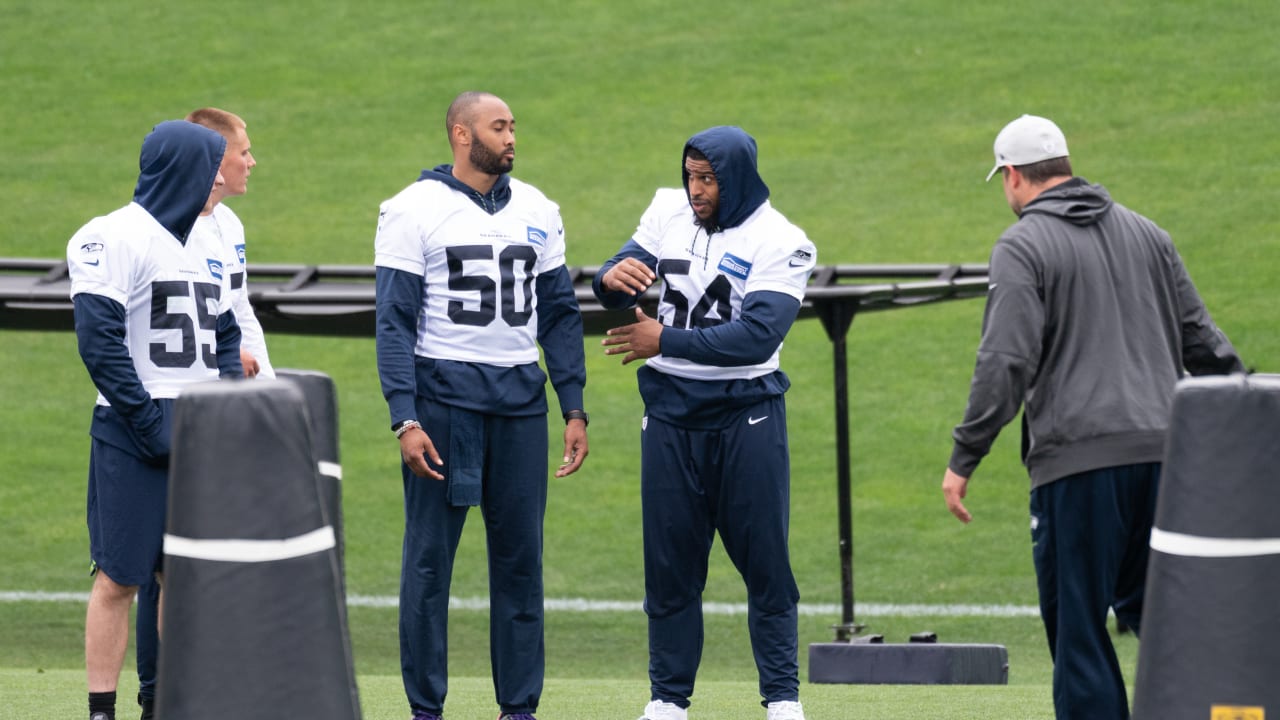 It’s no secret that Bobby Wagner would prefer to have a new contract before the 2019 season begins, as this is the final year of the four-year extension he signed in 2015. And it’s also not a secret that the Seahawks really want to keep their All-Pro middle linebacker around beyond this season.

The business side of football, however, means that getting such deals done can be challenging, so it was not an insignificant thing that Wagner is present this week as the Seahawks continue their voluntary offseason workout program with organized team activities.

While some players hoping for new contracts have chosen to stay home for voluntary workouts in the past, Wagner said Tuesday that he was at the Virginia Mason Athletic Center, “helping the young guys, doing whatever I can… Just being a leader, you want to send the right message, you want to be here to support the guys. I do feel like the quarterback of the defense is pretty important, so not having that piece would kind of put a damper on the defense, so I just feel like it’s important for our success, so I’m here.”

Seahawks coach Pete Carroll said Wagner’s presence at OTAs is a case of Wagner “doing what he has always done. He has been leader. He has been an integral part of everything that we’ve ever been about and he’s continuing to do that. The decision to do what he’s doing at this tempo is, is a good decision for him right now.”

As for getting a deal done before the season—Wagner’s last contract extension came early in training camp, so there’s still plenty of time—both Carroll and Wagner are hopeful something gets done.

“If you watched this as you have all throughout the offseason, there’s been a process of step by step, and we’re right in stride with the process,” Carroll said. “Bobby has been great. Everything’s going to come together in time. Everything’s in order, and we’re in order of what we want to do and it feels very comfortable and very amicable and all of that. So everything’s going just right.”

Said Wagner, who is serving as his own agent, “Obviously I would like something to get done before the season. We’ve had some communication, so we know, we have a plan, we’ve just got to figure the plan out. I’m just being patient and letting things happen.”

As for the young players Wagner is trying to help, a group that includes six defensive players taken in this year’s draft, two of them linebackers, Wagner has liked what he has seen so far, even if it is early in the process.

“It’s the first couple of days,” Wagner said. “This is what, year eight, so y’all know the deal—everybody looks good without pads on, so you want to wait until you get in pads. You’re more so trying to see how fast they pick up the defense, which they’re picking up really, really well. I feel like we have a really smart group, and it has been fun watching them run around.”

And while Wagner is hoping to get a third contract before the season, one of his closest friends on the team, fellow linebacker K.J. Wright, signed his third contract with the team earlier this offseason after briefly hitting the free-agent market, news that obviously made Wagner happy.

“It’s amazing,” Wagner said. “Since I got here, he has been one of the guys who helped me grow into the player that I became. When you first get into the league, you think about getting to that second deal; a lot of guys don’t make it to the third. So to see him make it to his third deal and see what he’s able to do for his family and the financial freedom that he’s going to have moving forward after football is amazing.”