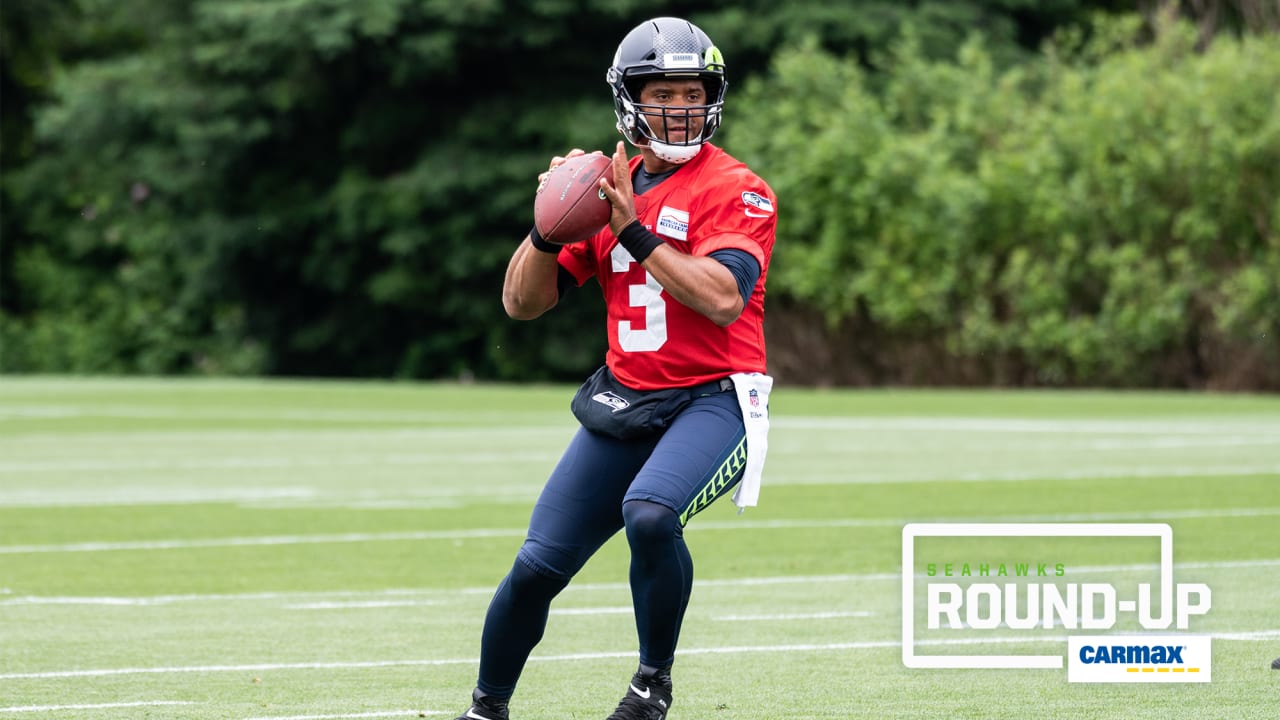 Here’s a look at what’s ‘out there’ for today – Monday, June 3 – about your Seattle Seahawks:

Most everyone sets goals for their future self as it’s an important practice in living a healthy and successful life. In a recently-published interview with NFL.com columnist Michael Silver, Seahawks quarterback Russell Wilson mentioned that he wants to continue to play in the National Football League until he’s 45 years old.

As the two sat outside the locker room in the Virginia Mason Athletic Center after last Wednesday’s open OTAs, the Seahawks quarterback spoke on his future in the game.

“Seven years has gone by so fast,” he said. “You think about just turning 30 years and what I have for the rest of my career – for the next 10-15 years – I’m just fired up about it. You think about some of the best quarterbacks of all time, guys like Drew (Brees), guys like Tom (Brady), who (are playing into their 40s). I really look up to those guys. There’s so much more to do.”

Michael Silver seems to have been somewhat taken aback by Wilson’s statement, at least that’s how it appears as he writes the article. He clarifies with Russell that he plans on playing until he’s 45 years old. Wilson replies, “Yeah, yeah. That’s the goal. I’m just fired up for it.”

From what you all know of the Super Bowl XLVIII champ, it’s probably no surprise hearing this goal set by the 30-year-old QB. I think it’s safe to say that his ambition is contagious, and his optimism is the fuel to much more than achieving the goals set in his football career.

Wilson also seems quite excited for the upcoming season when looking at the Seahawks’ roster. “First of all, I think our draft class has been exceptional,” he said. “Guys are ready to roll; they look really great. I think the transition between guys going from their rookie year (in 2018) to their second year has been really, really impressive to see. And the offensive line looks really strong, really stout. I’m fired up about the offensive line.”

Today’s ‘Social Post of the Day’ comes from Wilson, as he shares a video via Twitter of him and his daughter practicing ballet. You really can’t miss this one.