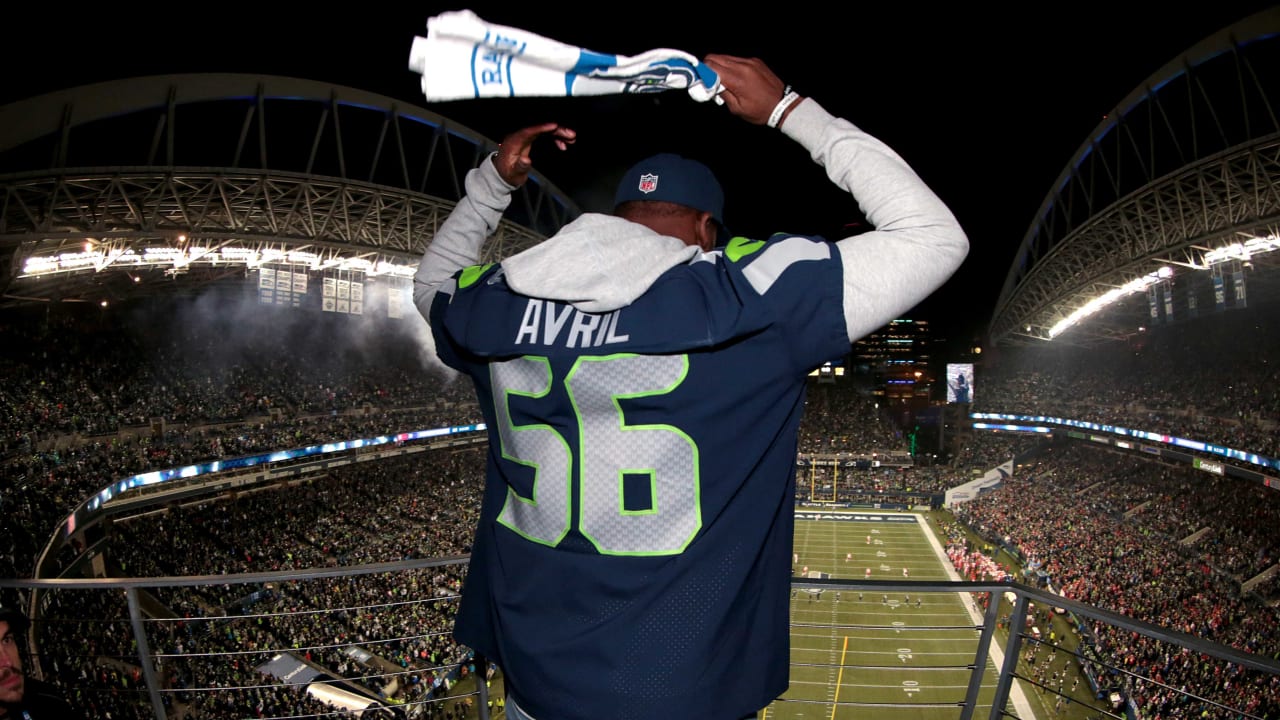 A mini Seahawks reunion took place last week under the Space Needle in downtown Seattle at the Museum of Pop Culture, where current and former Seattle players gathered to celebrate the career of defensive end Cliff Avril, who was treated to a surprise retirement party set up by his wife, Tia.

Avril spent five seasons with the Seahawks, joining the team as a free agent in 2013 and quickly becoming one of the defense’s top players. He helped Seattle earn its first Super Bowl championship in his first season and contributed to a unit that led the NFL in scoring defense in 2013 and 2014, as well as scoring defense again in 2015 as he collected 33.5 sacks and 13 forced fumbles through his first four seasons with the club. Avril’s career came to an early end in 2017 after he sustained a serious neck injury, a setback that led to his eventual release from the club in May 2018. He transitioned to a career in radio this past season, but last Thursday’s event offered Avril an opportunity to put a cap on his playing career in a special way.

“The love was real last night, so many people came out to celebrate this chapter of my life,” Avril captioned in a post on Instagram. “This chapter was amazing can’t wait to see what’s in store for the next few!”