Six Things To Watch As Seahawks OTAs Kick Off This Week 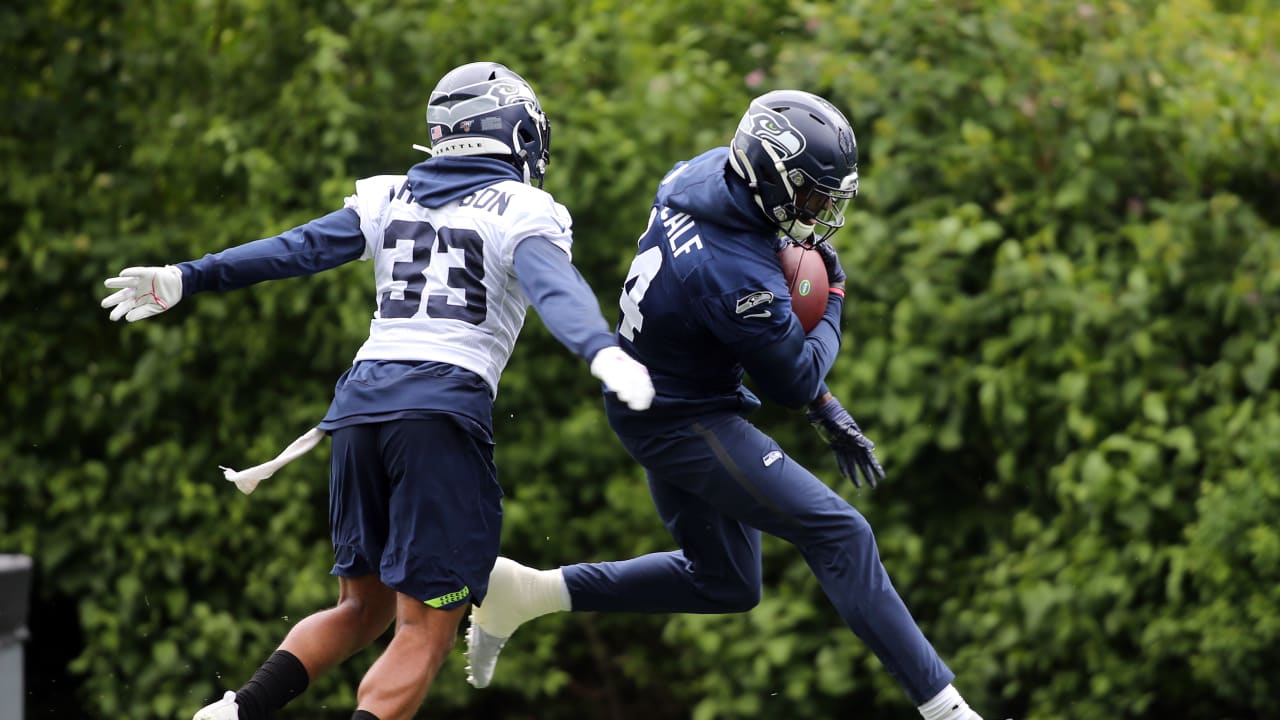 3. What’s the situation at safety, as well as at nickel cornerback?

The Seahawks are returning both starting cornerbacks in Shaquill Griffin and Tre Flowers, so while the competition is always on, there’s a good chance those spots will look the same in 2019 as they did last season. Less certain is how things will look with the rest of the secondary. At safety, Bradley McDougald figures to be a starter, but his flexibility means the Seahawks can consider a lot of other options to pair with the veteran starter. Tedric Thompson took over at free safety last year after Earl Thomas went down with a leg injury, so obviously he’s in the mix, but so too is Delano Hill, who played well late in the season when Thompson was sidelined by an injury, only to finish the year on IR with an injury of his own. The Seahawks also drafted a pair of safeties, Marquise Blair in the second round and Ugo Amadi in the fourth round, who could also factor into the competition.

The Seahawks also lost nickel corner Justin Coleman in free agency, meaning they’ll need to fill an important role on their defense. Seahawks coach Pete Carroll mentioned Akeem King, Kalan Reed and Jeremy Boykins as players who could compete to fill that spot earlier this offseason, and since then the Seahawks have also signed veteran Jamar Taylor, and could also look to use Amadi in that spot to take advantage of the former Oregon cornerback’s versatility.

The Seahawks already liked their running back depth a lot before the draft, then they added a bit more to that group this spring by drafting Travis Homer and signing Adam Choice as an undrafted free agent. Leading the way is Chris Carson, who is coming off of the first 1,000-yard season by a Seahawks back since 2014, and 2018 first-round pick Rashaad Penny, who showed a lot of potential last year, though he was somewhat limited by injuries.

Carroll said he sees those two as “a one-two punch, and I don’t know who’s one and who’s two, and it doesn’t matter to me.” But while it’s safe to assume those two will be big parts of the offense, the battle for roster spots and playing time behind them should be fierce. Former third-round pick C.J. Prosise, who showed so much potential as a rookie in 2016, has struggled to stay healthy, but is coming off core-muscle surgery that he and the team hope will help him enjoy a healthy 2019. If healthy, Prosise’s combination of pass-catching ability—he was a receiver for part of his college career at Notre Dame—and running ability makes him an ideal third-down back, but already the Seahawks have seen good things from Homer in that role, so he’ll push for serious playing time as well. The Seahawks also return Bo Scarbrough, a late-season signing last year whose physical style of running should fit in well in Seattle’s offense.